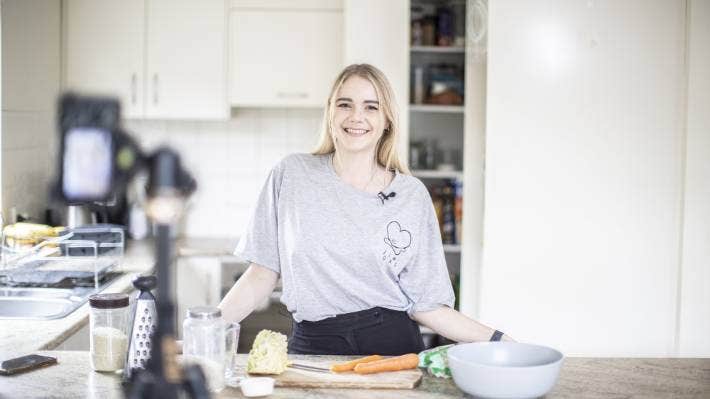 A Tiktoker from Auckland is reportedly coming to people’s aid to purchase affordable grocery items. The popular Kiwi Tikotoker’s name is Emma Weber. Weber has two trending series of videos that can be seen on Tiktok. The titles of these video series are Meal Prepping on a Budget and Grocery Shop with Me.

In the said videos, Weber is seen going grocery shopping, and making a list of the items she purchases for her 15,000 followers to see. Weber shares she does video blog a little so she can share the amount of money she spends on food per month or day, and share the new items she’s found being sold in grocery stores.

Weber reportedly started to become motivated to create such videos on New Year’s Day. At that time, a few of her friends moved out of their homes. These people requested for Weber’s suggestions on budgeting tips. Weber’s friends considered her a trusted source in giving advice on this aspect as she has been living independently in a flat unit since she was 18 years old.

Having been able to live independently since she was younger has made Weber realize that doing grocery shopping for only oneself, and being aware of the prices of groceries is something unfamiliar to many people.

Weber’s friends cooked for themselves for the first time, even with very few financial resources. Her friends have always asked the recipes for foods Weber cooked for dinner. They also asked the Tiktoker regarding the situation behind her average or usual grocery shopping habits.

The prices of grocery items depicted in the online recipe videos from the United Kingdom and the United States have been so new to Weber. So much so, that Weber has found it difficult to comply with the cooking and preparation procedures in the recipes shown on videos. Such a situation has motivated the popular Tiktoker to create videos featuring recipes that showcase Kiwi food ingredients, and, thereafter, integrating the schedule of seasons in New Zealand.

Weber admits she has always done food budgeting for a long time now. However, the need to budget money for food has increased since the onset of the occurrence of rise in expenses of shelter and the issue of inflation.