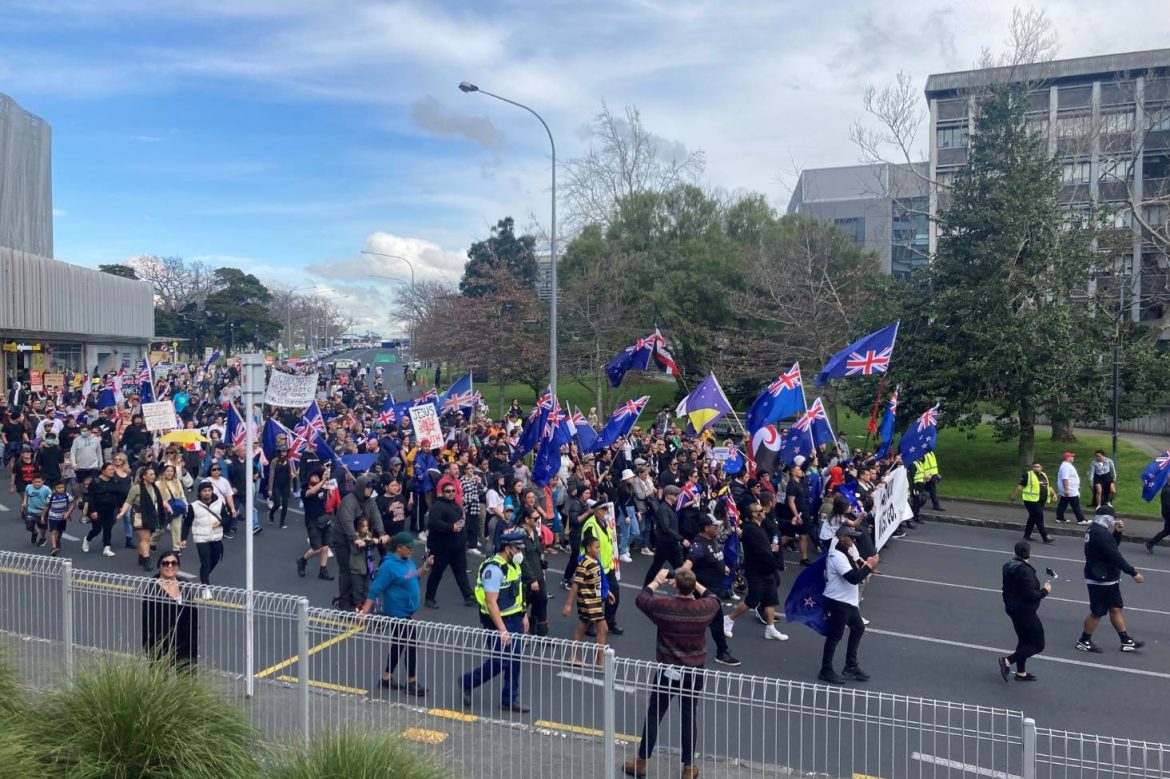 Freedom and Rights Coalition protesters gathered on Saturday afternoon, August 1, 2022, in central Auckland. These demonstrators jammed the principal roads for the second time in two weeks and marched past the main entrance to the city hospital.

These marchers prospered in closing Auckland Street two weeks ago at the Auckland Domain rally. The Auckland government cautioned all Aucklanders to get ready for the traffic disruption in the central city. As well, advocates of the Brian Tamaki-led Freedom and Rights Coalition convened in the field of the Kiwi Patriots Day and March before a 1,000 crowd and marched out onto the streets at 1:30 in the afternoon.

As well, these demonstrators wanted to highlight their objectives to emphasize the freedom and rights of all New Zealanders. They moved around places to show their commitment to display the purpose of their protest march. They passed the Auckland City Hospital, as well as the Grafton Bridge. After that, these marchers turned left and moved up Symonds St, before heading down Khyber Pass Road to pass the padlocked on-ramp and get back towards the focal area. Finally, the marchers got dispersed when they returned to their main area.

The Auckland City East Area Commander, Inspector Jim Wilson, confirmed that the protest was peaceful. However, he stated that he would conduct a review phase and that he would make a follow-up action if necessary despite no records of arrests and incidents.

Meanwhile, Auckland police officers did exert their effort in balancing the safety of all protesters and the public, while recognizing the right of individuals to form a protest calmly and legally. The Waka Kotahi New Zealand Transport Agency temporarily closed some motorway on and off-ramps to curtail the interference and then reopened those on and off-ramps afterward.

Inspector Jim Wilson and the Waka Kotahi New Zealand Transport Agency would like to thank the members of the public who cooperated and postponed their travel through the affected areas today, as well as those people who got disrupted.

In a nutshell, the peaceful demonstration fronted by the Freedom and Rights Coalition group was successfully conducted. The Auckland government and its constituents were ready to supervise the events and ensure that no further disruptions and skirmishes would take place. Therefore, the non-violent protest was successful.