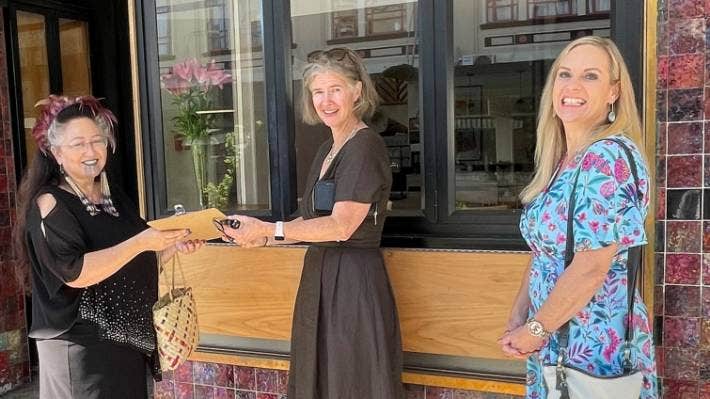 A French family is awaiting a verdict as to whether or not they can still stay in New Zealand. The immigration status of this family has been put into jeopardy after their business has not taken off since the onset of the pandemic.

Immigration New Zealand has sent a notice to the family last month that they will not be issued visas. The family has been disqualified from remaining in New Zealand due to their diner business, Café Tennyson, not complying with revenue amounts and employee requirements that have long been required before the onset of the pandemic.

The French family comprises Julien Debord, his wife, Sophie, and their two little kids. In the latter part of 2020, Debord applied for a resident visa for entrepreneurs, including his entire family as beneficiaries in the application.

Debord has reportedly invested efforts for the last 16 months in supplying data and other information in forms to comply with the visa application requirements that immigration has set. The said requirements include a letter that Napier MP, Stuart Nash, has written. Nash has declared his support for the family’s visa application and business establishment.

Immigration New Zealand has stated that the family has not been able to comply with the requirements. The organization has informed the Debord family that the agency is giving them a deadline of March 21 to supply other information or documents.

Mr. Debord did what immigration requested. On Friday, April 1, Immigration New Zealand’s general manager for border and visa operations, Nicola Hogg, states that there has been no decision yet. However, Hogg shares that the organization is looking forward to making a decision as soon as possible.

Local New Zealand resident, Kathryn McGarvey, started a petition for the Debord family as soon as the news of the Debords’ immigration struggle came out in the early part of March. By Saturday, April 2, this petition has had 7308 people sign it. The signed petition, in turn, has been turned over to Green MP, Elizabeth Kerekere. Kerekere is set to present the petition to the House of Representatives the following week.

According to the Debords, they have not expected the support they got from New Zealand’s residents since their story has broken in the news. The Debords have thought 500 people would sign the petition if only they’d get lucky. So, having 7300 people sign the petition was not something the family expected.