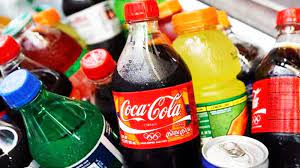 Government officials propose the ban of carbonated and sweet beverages under a new health proposal in New Zealand. According to the proposal, it’s highly advised that students only intake water, milk, and non-dairy beverages that can replace milk, based on the proposed health plan that has been announced on Thursday, April 7.

Sweet drinks with sugar in them make up over a quarter of kids’ sugar consumption in New Zealand. Additionally, principals and health specialists welcome the proposal. According to Minister of Education, Chris Hipkins, drinking and eating well can bring about tons of health and learning benefits to children. The said proposal has been scheduled to be considered for public advice.

Hipkins further shares that there’s a clamor in New Zealand to see most if not, all schools in the country comply with the said suggestion to keep kids healthy. According to research, tooth decay has been known to be one of the leading health problems among children in New Zealand. Kids’ rates of obesity in the country have increased substantially between September 2020 and August 2021.

The government seeks to find out the general public’s opinions and insights on such a health-related plan that all primary schools only distribute healthy drinks to students. This opportunity for the government to get to know the public’s insights is a chance for schools, kura, whanau, and health experts to give feedback and input on the suggested healthy plan.

The Ministry of Education runs the consultation associated with the acquisition of feedback and opinions on the suggested health plan. The deadline for receiving all of the public inputs is June 2nd.

NZDA sweet drinks spokesman, Dr. Rob Beaglehole, shares that his organization just clearly would like to see the suggested health plan to make positive influential changes. Beaglehole says it is not enough that most, if not, all primary schools have already adopted and accepted the implementation of such health plans for students. The New Zealand Dental Association allegedly seeks to have the health suggestion be adopted through high school students, as well.

Beaglehole observes that sweet beverages full of sugars have caused dental decay rates among children in New Zealand to skyrocket. Sandy Hastings is Canterbury Primary Principals Association’s president and a principal at Beckenham Te kura O Puroto or primary school. In the said school, carbonated beverages have been unadvisable for consumption among students for the past six to seven years.