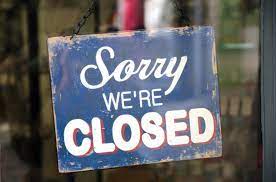 “Dine out to help out.” This is the plea of restaurant owners in Auckland as New Zealand enters the Red setting under the government’s traffic light system in managing the Omicron outbreak. As the New Zealand Herald reports, many famous eateries are forced to cease operations despite being allowed to operate.

“The foot traffic is extremely low. We just don’t know when people are going to come back,” shared Krishna Botica to NewsHub. She is an owner of four restaurants but was forced to close two due to the impact of the ongoing pandemic. Her other two restaurants are struggling to even meet 50 percent capacity.

Popular restaurants like Peter Gordon’s Homeland took to Instagram their announcement of temporary closure. “It was an incredibly hard decision, but such a simple decision, because there’s really no alternative,” Gordon said to stuff.co.nz. Other restaurants that faced the same fate include Ima, Prego, Lillius, Ebisu, Oyster Inn, and many others.

“All of the support that was offered by the government has been tapped out. We’ve all used it. We all have to start paying it back in May,” Botica expressed in the NewsHub interview.

According to a survey from the Restaurant Association in New Zealand, there has been a 55 percent increase in cancellations, while 88 percent of restaurants are having fewer customers, and 74 percent report that customers are hesitant to dine in.

Restaurants and other businesses in the hospitality industry are also facing staff shortages. Being unable to work from home, restaurant owners are requesting critical worker exemption. Marisa Bidois, Restaurant Association CEO, pleas for the government to assist them in the matter so workers in their industry can get better access to RATs or Rapid Antigen Tests and get back to work immediately once they test negative for COVID-19.

But even if restaurant staff returned to work, owners are still faced with the dilemma of dwindling customers. “Many of them are facing around 30 percent drops in revenue and that doesn’t include the accumulative effect of previous years of losses,” Bidois shared in an interview with NewsHub. With the Omicron breakout and the country on Red setting, people are more hesitant to go out and eat. In the case of Homeland, Gordon had to decide on closing their restaurant after a staff member tested positive for COVID-19. “I don’t see any other alternative to what we’re doing at the moment, but it’s just bloody tough really,” Gordon shared.