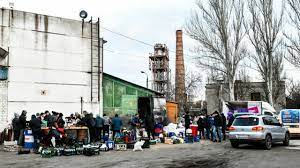 The New Zealand government will be providing initial humanitarian aid amounting to $2 million to Ukraine as Russian forces continue to bombard its key cities. February 24, on the day the invasion was announced, New Zealand Foreign Affairs Minister Nanaia Mahuta posted on her Twitter account: “Aotearoa New Zealand unequivocally condemns this unprovoked and unjustified attack by Russia on Ukraine. 🇳🇿 stands with the people of Ukraine 🇺🇦 and we are in close contact with international partners on a united response. #KiaManawanui”

On February 25, Prime Minister Jacinda Ardern spoke to Parliament expressing her tough stance against Russia’s aggression. “New Zealand calls on Russia to do what is right and immediately cease military operations in Ukraine and permanently withdraw to avoid a catastrophic and pointless loss of innocent life,” said Ardern. “Russia has demonstrated a disregard for diplomacy and efforts to avoid conflict, and must now face the consequences of their decision to invade.”

Arden enumerated several measures to condemn Russia’s invasion of Ukraine. This includes travel bans against Russians who are associated with the invasion, prohibition of the export of goods to Russian military and security forces, and suspension of bilateral foreign Ministry consultations.

As of the moment, Ukraine is facing heavy bombardment in key cities of Kharkiv, Odessa, Mariupol, and the country’s capital of Kyiv among other locations. Al Jazeera reported that casualties have totaled 352 civilians including 14 children while over 1,600 were wounded.

Foreign Affairs Minister Mahuta also summoned Russian Ambassador Georgii Viktorovich Zuev to express the government’s dismay. Christopher Luxon, NZ’s National Party Leader, is taking on a stronger stance by calling the expulsion of the Russian Ambassador. “Our view is we should expel the Russian ambassador, we should withdraw our own diplomat,” Luxon said to RNZ.

On March 1, Mahuta delivered a statement to the UN Human Rights Council expressing clear dissent against Russia’s actions. “Aotearoa New Zealand is a proponent of peace and reconciliation, and we condemn in the strongest possible terms Russia’s invasion of Ukraine,” said Mahuta.

Ukrainians continue to seek refuge in bordering nations including Poland and Hungary as the war continues in their homeland.