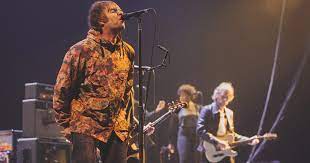 New Zealand welcomes English singer-songwriter, Liam Gallagher last July 21, 2022, at the Spark Arena in Auckland. The arena was filled with thousands of Oasis fans as Liam Gallagher took centre stage with his trademark aviator sunglasses and colourful parka. Armed with his new single “Everything Electric” and his album “C’mon You Know,” Liam Gallagher is set to build success this year. The younger Gallagher brother took the stage with his signature singing stance, which the crowd gladly welcomed with a resounding yes.

Live music entertainment had been slow in New Zealand over the past year or so, but it is making a comeback with several artists scheduled to perform in the country this year. It was only two weeks since the former Oasis frontman was forced to end a performance with one set short, as well as cancel another gig in France, because of his condition at the time. Liam Gallagher apologized to his fans on Twitter explaining that he had laryngitis at the time.

Much to everyone’s surprise, his performance last Thursday at the arena blew everyone’s mind. It was also confirmed that his throat had not fully healed by the time of the concert. If this were true, then Liam Gallagher did an excellent job hiding it during his performance. The night was filled with the nostalgia of Britpop’s heyday to which the crowd was seen singing, swaying, and drinking to the well-beloved music of the early 1990s.

The Butlers were the support act of the night and they had performed passionately despite singing in an almost empty arena. The good thing is that the arena quickly filled in time for the main act, just before The Butlers had finished playing.

Despite cancelled flights due to the bad weather and gray clouds that Auckland was experiencing, there’s one thing that is clear. Fans from Wellington, Auckland were here to party and bad weather literally can’t stop them from seeing Liam Gallagher’s performance. The crowd got comfortable when they were given the chance to warm up their vocal cords to Stone Roses’ “I am the Resurrection” just after the set played by The Butlers, and a few minutes before Gallagher took the stage.

Gallagher with his eight-piece band performed every Oasis classic every fan would know. In fact, there have been rumours that he was keen on an Oasis reunion. However, even if this isn’t true, Liam Gallagher is more than happy to take the reins.