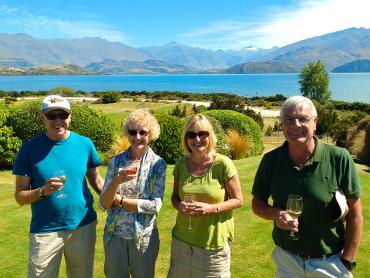 Older people in New Zealand are having the time of their lives. Meanwhile, younger people in the country are reportedly not doing good, in comparison to their older counterparts, when it comes to multiple aspects of physical and mental health conditions, and other aspects of being well. The research that the Treasury department conducts reveals such information.

According to Caralee McLiesh, treasury chief executive of New Zealand, the study results that pertain to the overall conditions of younger people in the country, is something to be worried about. The study results are included in advance of the publication of the treasury department’s first four-yearly Wellbeing report for November this year.

McLiesh further elaborates that in many other nations, older people do less good in many health and other conditions wellness tests. Some older people in New Zealand, though, are not doing good in these tests, either, the treasury chief executive warns.

McLiesh clears up the issue by saying that majority of older people in New Zealand are doing good on these tests. These people comprise older individuals who have partners and own their homes.

McLiesh explains that people in New Zealand aged 65 and over, on an average basis, are found to have been more content with the life they have. These people feel a greater value of ‘belonging.’ They feel less loneliness and other bad emotions, get more social support from loved ones and are more politically involved. Additionally, they have the opportunities to do more volunteer work and get to spend more moments doing leisure activities in their lives.

Moreover, the New Zealand government has acknowledged the progress in certain issues for young people, as well. One of these issues is a recent decrease in the number of children who live in poverty.

The prevalence of mental distress is also an issue many young people in New Zealand deal with. 15- and 24-year-olds in New Zealand have shared they’ve been experiencing more substantial instances of being lonely in the past years.

People below 25 years old have a high likelihood of not having a feeling of belongingness in New Zealand, according to McLiesh.