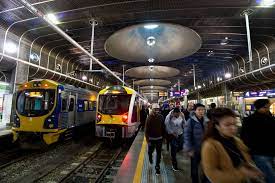 In partnership with Talbot Mills, Collins was able to survey a total of 772 Auckland citizens, with 73% of them supporting the move and 7% against it. The remaining 17% and 4% go to neutral and unsure, respectively.

Despite the survey not reflecting the whole region, it’s still an effective way of measuring public opinion and also a good move by Collins to consult the people first before finalizing anything.

According to one research by Dr Jen McArthur, having accessible free public transportation is the key to reducing a lot of social inequality-related issues and also disputes that are happening in the current landscape. Aside from that, it also benefits the citizen by amping up their spending power since they will be relieved of transportation expenses. Aside from that, having no traffic congestion is also one thing that contributes to making a city liveable and attractive.

According to Collins, the proposal that he is currently working on will be able to tackle four main issues that the region is currently experiencing; high living costs, pollution, congestion, and economic growth.

Convincing more people to switch to public transportations will help small businesses grow as they would have more potential customers. Aside from that, people who rely on cars and motorcycles will think twice about using them because of gas prices and also the environmental effect that these vehicles can produce.

He also added that this proposal is a straight declaration that public transport would become a right, that you are always entitled to no fees in your fare. The proposal isn’t exclusive to status or group of people, but rather it is free for all, whatever your economic or social standing is.

First Union, a union for bus drivers that resides in New Zealand, stated that the proposal is optimal for their operations as it would promote a safer ride and also a more secure driver. According to the accidents do happen because of drivers that are speeding through and are only caring about the fare that they can collect.

The proposal is also in line with Australia’s stance toward climate change, and they are looking forward to seeing changes in emissions 20 to 30 years from now.