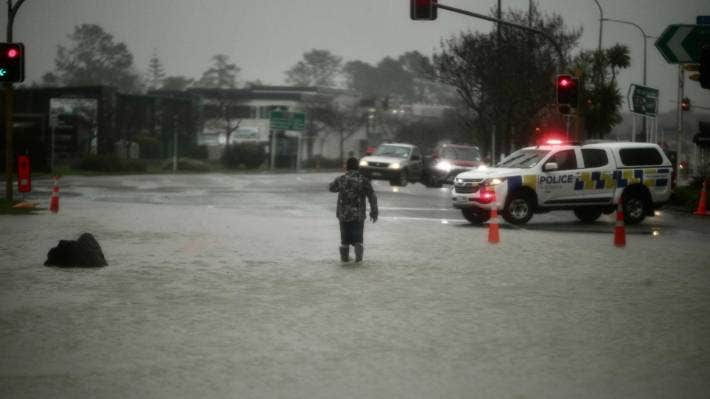 According to New Zealand’s Transport Agency named Waka Kotahi in a tweet, vehicle drivers and owners should reduce their speed limits on the Harbour Bridge in Auckland due to extreme wind blasts. He cautioned all drivers of the high-sided motorcycles and vehicles to keep their driving safety.

In Wellington, a tornado ripped six homes during lunchtime. New Zealand shift manager of Fire and Emergency named Lyn Crosson said that she and her department received more than a few reports of a tornado in Waikanae and Paraparaumu on the Kapiti Coast. Besides that, numerous uprooted trees being brought down by a tornado succeeded to destroy some cars in the process.

Additionally, the administrator of the Emergency Management Office, Jeremy Holmes, in the Wellington Region did inform their residents to prepare for flooding and high seas. He instructed the residents to start sandbagging their important belongings and properties, particularly the individuals occupying Wellington’s western coastline.

Besides, Jeremy Holmes urged all Porirua and Kāpiti residents to get ready for the possible high seas from Thursday midnight. As reported, there were more potential wave build-up, as well as flooding. Occupants near the seaside could face coastal erosion, as well as scrubbing, surface flooding, and wreckage deposits.

Moreover, Holmes pressed residents in affected areas to diminish the impacts of swells on their belongings and properties. He advised them to use sandbags and move their things off their front lawn and driveway for ease of transport.

In the meantime, many citizens in some areas namely, Plimmerton, Pukera Bay, and Titahi Bay could observe erosion and see floods on various locations and surfaces, high waves, and impacts on seawalls. Other residents in Kāpiti, Paekakariki, Raumati South, Raumati Beach, Te Horo Beac, and Otaki Beach did experience risky waves overtopping seawalls.

The New Zealand government continued to provide appropriate guidelines and safety measures for its citizens. Its continuous updates took place from time to time to stay vigilant, secure flashlights to be used for possible blackouts, and pay attention to evacuation assistance to guarantee the safety of its citizens in the harrowing calamity.

Indeed, as floods in some parts of the country continued to overflow and the heavy rains became nonstop, the New Zealand government worked hard to monitor the situation to caution the residents to stay alert at all costs.