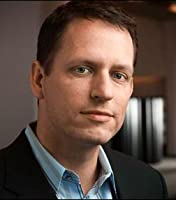 Peter Thiel, a billionaire of tech fortune who is known as the co-founder of Paypal and Palantir, is planning to create a luxury lodge and private residence in his New Zealand property.

At 193 hectares, the property will be converted into his version of a “utopian” building that will include meditation pods, lodges, spas, pools, guest cabins, and a library.

Thiel was able to purchase the property at $13.5 million in 2015. Thiel is currently an active investor of Facebook and is a part of the board of directors for the company.

His dream property will be designed by Kengo Kuma & Associates who is also known as the primary architect of the Tokyo Olympic Stadium. They stated that their primary inspiration for designing it is following organic architecture that can easily blend into the indigenous landscape. Representative Joe Feif states that they prioritize avoiding damaging the environment to make it as eco-friendly as possible. An estimated 15 employees will work on the property. Its operation date is yet to be created.

The property will be designed to accommodate as many as 10 guests who will have a view of the Southern Alps and Lake Wanaka. They will have access to state-of-the-art facilities like theatre lounges and pools. The colour motif of the building will mainly revolve around shades of green as to follow a rustic palette. This makes it easily blend in with the hills near where it is located.

Billionaires targeting New Zealand as the place for expensive homes are not new. It has been a destination for many others like Google co-founder Larry Page who was recently given residence in August this year. Thiel, on the other hand, was awarded in 2017.

The country is seen by many as a good place to relocate in the event of a global environmental catastrophe. This is mainly because of its isolated yet self-sustaining environment. There are also online blogs dedicated to guiding people who want to prepare for future disasters by relocating to the country. Thiel has not responded to requests by local media sources who ask if the goal of constructing the building is to serve as a bunker.

Thiel also has other properties in New Zealand including a home in Queenstown and one in Auckland. In an interview in 2011, Thiel has stated that the country aligns with his vision for the future which is why his recent constructions come as no surprise.