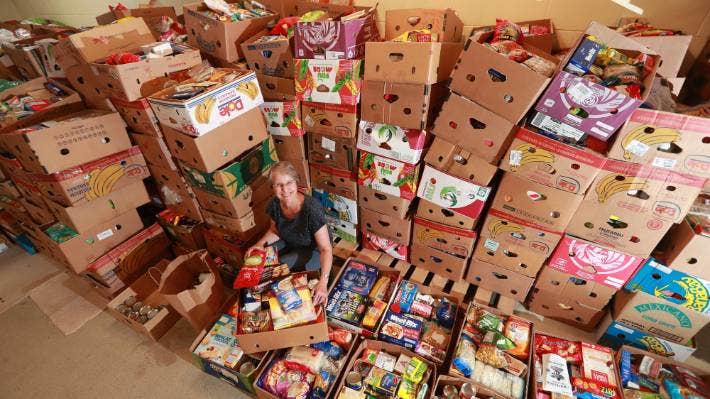 The needs and requests for people to receive help from the Marlborough Community Foodbank have reached the highest numbers on record. The food demand from the foodbank arises due to the increasing amounts of living expenses that continuously affect several households in the region.

The detrimental economic effects the pandemic has brought about are also present in the lives of the people who are utmost prone to the societal harshness in the community. The Marlborough Community foodbank has reportedly disbursed over 2,000 food parcels the previous year to Marlburians who struggle financially to make it for daily survival.

According to The Salvation Army Blenheim corps officer Jacob Howan, the detrimental effects of the pandemic on the economy and the increasing rates of inflation have caused an incredibly growing number of requests for help from different parts of society.

Before the pandemic onset, a decrease in the requests for access to the Marlborough foodbank was present. The beginning of the era of Covid-19 caused many people who had been without jobs, working 30 hours per week, who have had their work hours reduced to 20 per week, and people on wage subsidy have started to come to the foodbank.

The wage subsidy reportedly only disburses pay of 80 percent of the people’s salary. Such a situation causes people who were previously struggling to make ends meet to experience more challenging lives. The prices of food, fuel, housing, and electricity have all substantially gone up for the past months this year.

Several individuals in the Marlborough region allegedly have to receive one bill they don’t expect before needing a food parcel from the foodbank. Examples of this bill may include but are not limited to car repairs, school trips for kids, and electricity bills that have gone up. When people rely on weekly or monthly paycheck to get by, things become hard for them in daily life survival.

Even families who spend the least money are left dealing with increasing prices of food items in grocery stores. These families seldom buy food from restaurants. Families who live frugally used to have $100 feed their loved ones for seven days. But, now that amount of money feeds family members for five days only.