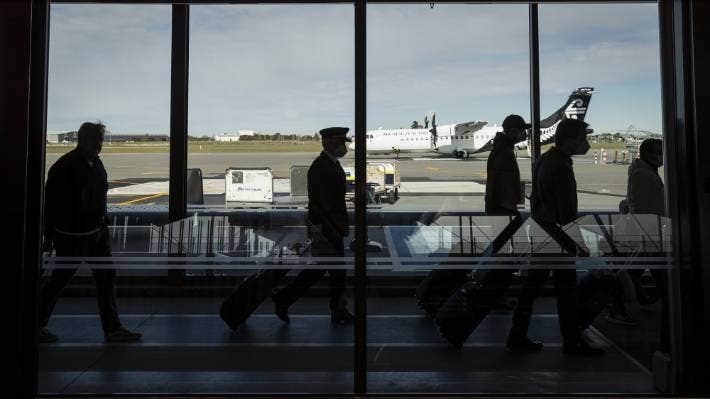 Air New Zealand crew members discovered a young girl who was allegedly abused by her mother. She claims to have been hit in the head with a hammer, locked out of the house, and beaten on a daily basis.

A trial for her mother was set in Napier District Court where the girl testified with the help of a specialist child interviewer. She was seen at Hawke’s Bay Airport along with her mother while being registered as an unaccompanied minor. Their flight was en route to Christchurch.

The cabin crew was alerted of the girl’s situation when they removed acrylic paint from the girl’s face which covered her bruises and cuts. This occurred last year on June 24. According to the girl’s testimonies, the injuries were inflicted two days before boarding the flight.

Her mother is facing charges of neglect, hitting her daughter with a hammer, and two cases of obstruction of justice.

The girl has two siblings which used to be under the custody of Orange Tamariki, a ministry dedicated for protecting children who are victims of abuse. The girl said that the assault involved being beaten with a hammer, being punched on the lip, and having to sleep outside. Her mother’s alleged reasoning was that because she allegedly stole money. The girl denies making up her testimonies.

Pediatricians assigned to the case said that her injuries were numerous and were spread out along her body including her ribs, back, neck, ears, and more. They also verified that most of these come from blunt force and may have been brought by assault that happened at different occasions. Some of the injuries were considered to be deep.

Her mother’s lawyer said that the girl had previously attributed the injury to the lip as a result of an accident while playing with her sister. The doctor rebutted by saying that there was no way of knowing what caused the injury and when it happened. When she had personally asked the girl, she did not disclose further information about how the injuries occurred. A statement by another pediatrician also confirmed that injury cannot possibly come from a fall because of its grave condition. He also stated that the injury could have affected her ability to eat and drink during its first few days.

The trial for the case as handled by Judge Geoff Rea is expected to end on Wednesday or Thursday this week.