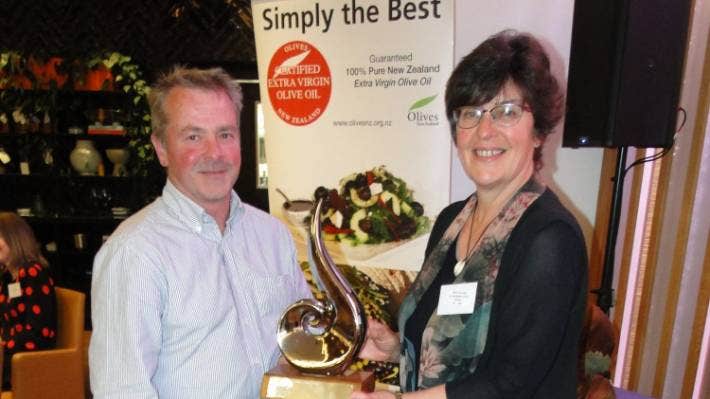 Kapiti and Wairarapa olive oil were the biggest winners of the 2021 Extra Virgin Olive Oil Awards with their 5 major wins.

Kapiti Frantoio Blend won as the Best in Show. Owned by David and Helen Walshaw, Kapiti Olives is known for having up to 2300 olive trees in their grove near Otaki River and is also known as a supplier for nearby supermarkets. They have also won the same award twice already. They are also awarded internationally through the New York International Olive Oil Competition where they won a gold award.

Another winner from Kapiti is Totara Tunnel owned by Brent Meldrum and Sally Murrey. They won the Reserve Best Boutique. Their grove contains up to 550 trees and is also known for being a gold winner in the 2021 NZ EVOO awards.

Many winners also came from Wairarapa. First is Blue Earth Olive Oil which won the Reserve Best for their grove located in Martinborough which contains more than 1000 olive trees.

Pressed Gold from Wairarapa won as the Best Flavoured Oil which is located in Greytown. They are known for specializing in Extra Virgin oil. They are notable for using Yuzu fruit for creating a unique blend of olive oil.

This year’s competition had a record of 165 entries which is one of their biggest ones according to representatives. Kapiti and Wairarapa was noted for its good climate and soil quality for olives which is why many of the award-winning virgin olive oil products come from groves located here. They have given up to 81 gold and 72 silver medals from the challengers which is an achievement for the industry in total as it shows an overall excellent quality.

They also took note of the growing challenges of the business because of changes in the world climate which affects maritime activity. They have taken on various strategies to ensure that the quality of the olive oil will always be ensured.

New Zealand has always been a standard for production of olive oil because of its constant innovations in growing, processing, and flavouring it. They have created unique ways of harvesting and storage which they attribute for its quality. They also take note of all the advice given by their consumers which they apply on their products.

They also take pride particularly in their flavoured oils which has a good balance of the olives pure flavour and the additional ingredients.