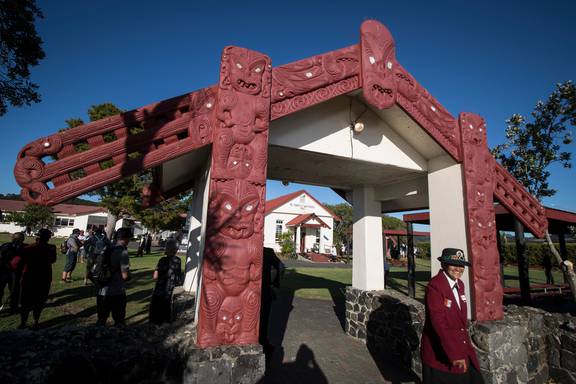 February 6, 2022, marked the 182nd year of the Treaty of Waitangi signing between the British Crown and the Māoris. It is considered to be the founding document of New Zealand bearing signatures of more than 500 Māori chiefs and the British Crown’s representatives.

The celebration was done virtually with the emergence of the Covid-19 Omicron variant. The events were “pre-recorded and aired on TV3” according to a report from 1News. In the past, tens of thousands of people would celebrate the day. This year has been more quiet and reflective.

Waitangi National Trust Board chairman, Pita Tipene took note of this observation in an interview with The Guardian. “The interaction, and the discourse, and discussion and debate and the buzz of the people – it is very similar to being in a forest with the bird song – [without it] something’s not quite right,” he said. He also noted that he has never attended a Waitangi Day where it rained. Tipene mentioned that it was a sign of “weeping water” to represent reflection and change.

Even New Zealand Prime Minister Jacinda Ardern did not deliver a live speech. A pre-recorded message was aired instead as part of the celebration. “What we all want by and large for our people is the same. The same chance to fulfill our potential: to live decent lives, to make decisions for ourselves. How we get there will differ. But that is a partnership that is building the bridge.” Ardern highlighted that the government is doing its best to fight for equality for all New Zealanders.

The celebration however is also marked with some contention. Māori leaders continue to call for the government to do better in making equality a reality. “We’ve got a long way to go in giving flesh to that mutuality of respect,” said Justice Sir Jow Williams, the first Māori Supreme Court judge “But now we can at least say that there is momentum behind the basic idea that Māoritanga is important, not just to me, a Māori, but to everybody.”