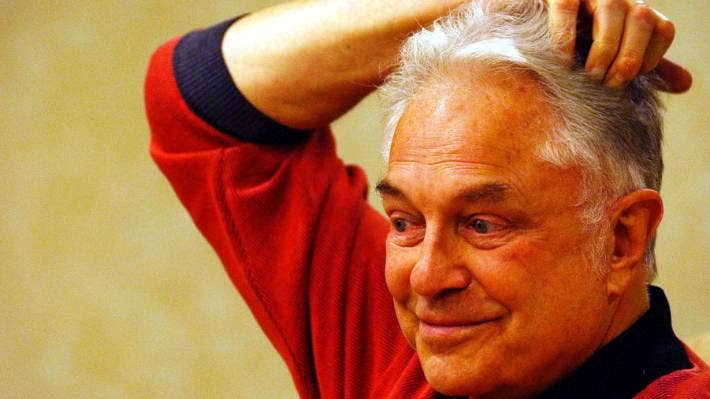 Cryer was born in New Zealand during the 1930s at the height of the Great Depression. He displayed exceptional skills in music, writing and performance arts at an early age. After getting his degree at Auckland University of which he obtained a Master’s Degree in Etymology and Literature, he travelled to Europe where he studied singing in Italy.

Prior to his Hollywood career, Cryer spent some time in London as a singer at the BBC, did gigs at the Wigmore Hall, and had his first opera debut at Sadler’s Wells Theatre. He also started to build a career in his home country performing radio jingles and singing in cabarets while working as an English teacher.

His big break came in 1969 when he was contracted to a Hollywood agency giving him the opportunity to go on 15 tours in the United States and even spending time with top Holly celebrities like Lucille Ball.

Cryer became the first television quizmaster in New Zealand and has since then made over 300 appearances as an entertainer and has hosted a dozen of TV series in New Zealand including its first live variety talk show, Town Cryer. He also hosted popular shows of his time like Top of the Form, University Challenge and Mastermind. He also made an epic TV appearance alongside puppet master Ray Columbus.

His career flourished in the 1970s and he was even awarded as NZ Entertainer of the Year in 1997. A man of many talents, Cryer once again embarked in a number of American TV shows including the The Dating Game and even earning some high profile friends in the business including Hollywood legend Mae West and Sophia Loren.

A prolific writer with an unmatched passion for the English language, Cryer was a columnist in the New Zealand Herald and the New Zealand Women’s Weekly. He was also a drama reviewer in The Sunday Star-Times. He was also a renowned author with 18 books published in eight countries. As a writer, he was a three-time number 1 non-fiction bestseller in 2001, 2002 and in 2012. His love for words earned him a speaking slot in TEDx Auckland in 2015.

In 1995, Cryer was appointed a “Member of the Order of the British Empire” in recognition of his contributions in the field of entertainment.

His death has sparked a lot of online tributes and messages from friends and fans. Funeral arrangements would be limited dur to the ongoing COVID pandemic restrictions.