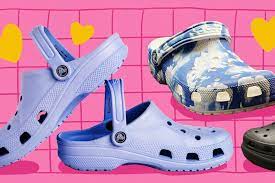 A footwear debate is on if Crocs can be worn to school.

Leigh Gayford, whose son goes to Whangārei Boys’ High School, went on Facebook after her son was told that he was not complying with the school’s uniform policy. The non-uniform item in question was a pair of size 13 black Crocs for teens. In an article from NZHerald, Gayford’s son started wearing it after his $69 leather Roman sandals “fell apart” within a few weeks. The sandals were part of the school’s summer uniform.

The mother of five then invested in a pair of Crocs that she believed would last longer and be comfortable for his son to wear as he walked to and from school. A few days later, she received an email from her son’s teacher saying that he did not comply with the uniform policy because of his fashionable footwear. Another email was sent to all parents stating that there was an increase in non-uniform items at school including Crocs, which the school considered as clogs and not sandals.

This prompted Gayford to post this situation on Facebook which attracted over a hundred comments mostly in her favor. She believed that her son’s Crocs complied with the school’s uniform policy as they were a pair of black sandals with a heel strap. The school however did not seem to look at the footwear as sandals which was stated in an email they sent to all parents.

“We didn’t even think twice about whether the [pair of] Crocs were sandals or a clog. I hadn’t even used the word clog for years until last week, when the school decided Crocs weren’t a sandal but a clog,” Gayford shared with NZHerald. Gayford’s son even blacked out the white Crocs logo in an effort to make his footwear comply with the uniform policy.

But for school Principal Karen Gilbert-Smith, Crocs were clearly clogs and not sandals as advertised by the brand. “When something’s described as clogs, not sandals, then it doesn’t [meet uniform rules]. We gave her that feedback, she took to Facebook.” Gilbert-Smith added that Gayford should have consulted with school officials first before buying the footwear. They even offered new sandals to Gayford’s son but were apparently turned down (to which Gayford claimed that she has yet to make a decision.)

Gayford wrote to the school’s board of trustees requesting to allow summer footwear with heel straps regardless of brand, but the board maintained that Crocs was still not compliant to their uniform policy. She has not yet responded to the board’s decision but there is an outpour of supportive comments on her social media post.